This postcard from Nastya shows the Egyptian Bridge across the the Fontanka river in St. Petersburg. The card traveled a distance of 899 miles (1446 km) in 25 days. 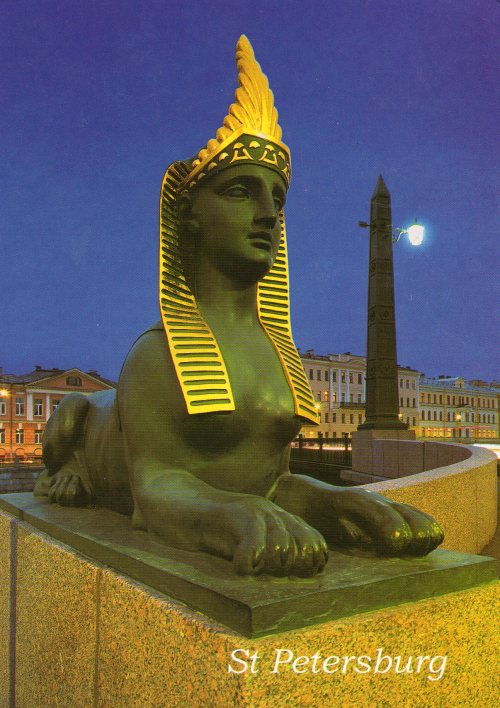 Nastya also sent me a this Russian saying: 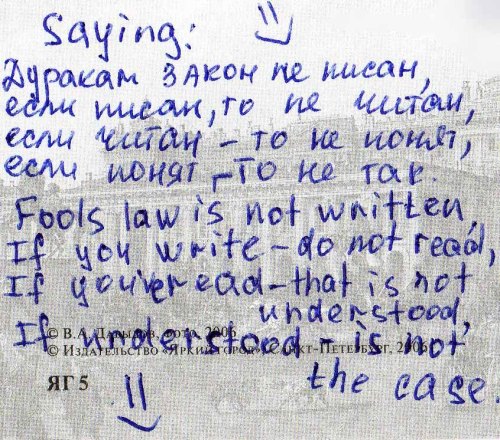 I still haven’t quite understood the saying. Nastya admits that she only knows a little English… well, and I only know a little Russian. I really wish I were better at it and could read the saying in its original cyrillic script. If anyone can help me with this, I’d really appreciate it 🙂